Japan still suffers from it’s chain reaction of disasters. People in the North-eastern areas are stranded without aid in horrible weather conditions. People in the central areas have either evacuated their homes or live under fear of both nuclear radiation and another disastrous aftershock earthquake. Every aid helps, please do what you can.

The general feeling there is helplessness towards the situation. It’s hard to say whether Twitter is helping as a vital communication tool or just fueling paranoia. But among smaller circles positive and strong voices are heard.

I have translated 3 heavily circulated blog posts among the experimental music community by label owner Shojiro Ishibashi, Noise pioneer Jojo Hiroshige and improvisor Otomo Yoshihide. You can read the full translations here, (UPDATE: sorry my server is down, if the previous link doesn’t work try this one) but below are some excerpts:

Jojo writes to fellow musicians who are feeling helpless:
“Whether it is now or later, there will be a moment when we need music. Your music will reach people’s hearts. Even listeners are singing their own songs inside. Everyone is a singer and everyone is a musician. Don’t deny that feeling we share. Maybe we can’t play music today nor can we listen to CDs. Gigs and tours will get cancelled. But if not tomorrow, the day after, a week later, next month, we might be able to. And that’s ok, music will never disappear.

Musicians, if you get well enough to play, let’s play. Audience members, if you feel like listening to music please come to hear us. If you’re not ready, take your time and rest. Don’t feel bad that you can’t.

We will hear music again. Can’t we at least believe in that? Like bringing aid to devastated areas, there will be a time when we can bring our music and songs to people’s hearts. When that time comes, my fellow musicians, let’s give it all we’ve got.”

Otomo explains about why he cancelled his european tour:
“I can list several reasons, but frankly they all don’t come across too rational. It’s very subjective and emotional. However one thing that I can say confidently is that I strongly feel I should witness and experience what might happen to my town. I don’t want to sound dramatic, but I want to share this destiny with everyone. I have never felt this way before and I am surprise to have these feelings. This “everyone” is not the general Japanese population but rather the people I love – my partner, my friends, my parents, band members, colleagues, the friends I grew up with and worked with in Fukushima, people that helped organize my events in Mito, Sendai, Tokyo, Kyoto. The guy at my favorite bakery who I don’t even know his name or the man I talked to on my way home on foot after the trains had stopped. My favorite places: PITINN or Super Deluxe, my studio, that cafe, that street, the view of tonight’s moon. I am not even sure if this feeling is mutual, but I am feeling a strong attachment to these very personal and vague things for the first time.

With this growing feeling within me, even if it was only 2 weeks, I didn’t want to leave Japan. I am considering to cancel even for offers later this year.

On twitter, people have commented to me that it’s important to show the world that Japanese are strong, or that I should communicate to people abroad about the situation. These are all of course true, but my music doesn’t represent Japan like an athlete, I don’t play to show how well I am doing. I don’t believe that my music can represent what is happening in Japan, it’s just not my role to play. I’m not into that kind of heroism, and all this “Japanese” talk just makes me wonder about all the non-Japanese and the part-Japanese people here.

For me, my concerts in Europe are the same as my regular gigs at PITINN. That’s why I have been able to play over there so much, because it feels the same. So if that feeling was to change, that somehow I would have to represent the well being of Japanese people, I wouldn’t be able to make a single sound. It wouldn’t make a difference whether it was London, Berlin, Paris or Shinjyuku. I play abroad because it felt normal to play.” 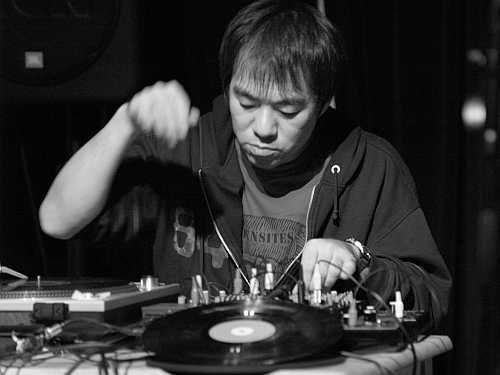 And Ishibashi talks about his resistance to make music more than what it is:
“But honestly, I felt it was disrespectful to music. No one should force their needs on to music. Music comes from a genuine desire (maybe not in all cases), and how that is received is up to the listener. It belongs to the musician. The listener is free to feel what they want, but don’t force that on the musician. How can you force a person who say they can’t sing to sing? Who are you to decide what is needed and what is not?

Please don’t make music into a tool. The listener can do what they want with it, they can feel better, cry or whatever they like. But the musician’s aren’t concerned with that, they make music because they want to.”

I can’t imagine how hard it must be to feel so uncertain about everything that was normal till 5 days ago. Everyone is struggling to figure out what the best thing is to do, but it’s clear that it has to start from the capacity of every individual, nothing more nothing less.